From Fighting Villains, to Fighting Poverty: How Hugh Jackman is inspiring a new generation of entrepreneurs 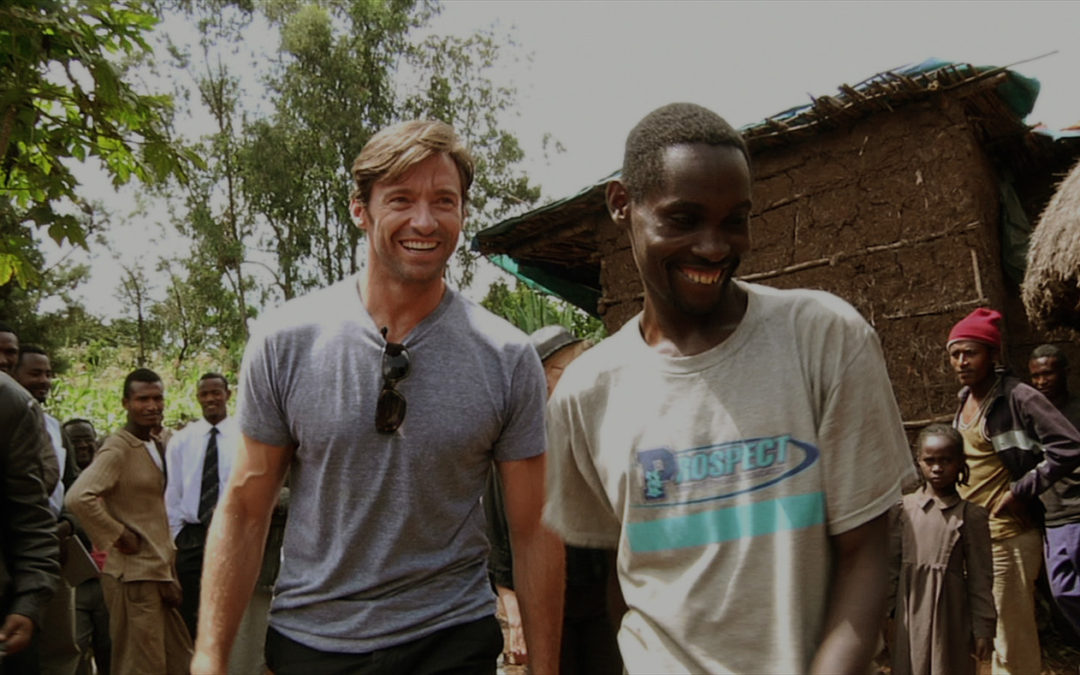 Actor Hugh Jackman and economist Courtenay Cabot Venton are each working on initiatives to inspire a new generation of entrepreneurs to combine people, planet & profit in their ventures.

“We are chicken people,” says Dr Kwabena Darko of Ghana. Kwabena lost his father as a young boy, leaving his family in poverty. But he was given a lifeline in the form of a book about raising poultry and a gift of 100 chicks. Through hard work and entrepreneurship he turned them into Ghana’s first chicken farm. That business is now the biggest in West Africa. He went on to run for the Presidency of Ghana, serve on the board of Ghana’s Central Bank, and become chairman of global microfinance agency Opportunity International.

Stories like these are inspiration for economist Courtenay Cabot Venton and X Men star, Hugh Jackman. Read what they’re doing to support the next generation of Kwabenas…

As an economist, I’ve spent my career helping international agencies, such as the UN, to identify those interventions that have the greatest impact on reducing poverty. I get to travel to amazing places, work with interesting people, and I wanted to make a difference.

Yet sadly, I began to feel very disillusioned. With alarming frequency, I would find myself in a poor community, asking about a beautiful (read: expensive) school only to be told that it had no staff. Or assessing water pumps that wouldn’t work a year later because no one knew how to repair them.

I led a study for the UK government that found that the international community would save an average of $1 billion per year in Kenya alone, just by responding early to drought. Imagine if we actually invested in the ability of communities to cope with these events on their own?

Then I was asked to evaluate a Self Help Group program in Ethiopia, implemented by Tearfund. These are groups of 15-20 people, mostly women and girls, who come together to save, invest in small businesses, and support each other and their communities.

The approach captured my imagination. Firstly, it delivers over $100 of financial, social, and environmental benefit to the communities for every $1 spent. And secondly, it disrupts the dominant aid paradigm – it is built on the belief that poor people can be change agents, rather than simply recipients of aid.

I was compelled to do more, and I teamed up with One Hen, a non-profit that empowers young people to become social entrepreneurs, both in the US as well as overseas. One Hen grew out of the true story of Kwabena, above. We provide educators with tools to teach youth about personal initiative, social enterprise, and giving back.

One Hen youth start a small business, and learn that their profits can be used to spend and save, but also to give to the next charitable venture. We hope to inspire young people to a new way of doing business that seeks economic, social and environmental gains.

While on a trip to Ethiopia as an ambassador for World Vision, I met Dukale, a small-time coffee grower, and I was deeply impressed by his strength and dignity. Despite overwhelming obstacles, Dukale supported his family and produced high-quality organic coffee. I sensed a kinship with Dukale. Like me, he was a worker and a father who wanted to thrive and provide for his family.

Only one thing had been holding Dukale back: his circumstances. He needed tree cover to grow his coffee beans, but he also needed to harvest his trees for fuel. He was able to produce the highest quality coffee, but he had no access to markets that would offer him a fair price.

In our conversations, Dukale made it clear that he did not want to subsist on the generosity of others. He wanted what we all want: to realize the fruits of our own labor.

But I soon discovered that the wider coffee business was not set up to benefit the small farmer. Cafes, patrons and distributors were not oriented toward the concept of Fair Trade; Dukale needed a coworker.

So I started Laughing Man Worldwide, which helps farmers like Dukale gain access to markets through distribution and promotion and reinvests its profits to help support the next initiative.

Dukale and his wife are now able to better provide for their children so that they can build better lives and in turn, the communities of the future.

The smallest innovations and improvements can transform the lives of farmers and their families. Through purchasing coffee from Laughing Man – and other Fair Trade products – people can choose to be part of the story.

We wanted to start something that recognizes the power of entrepreneurship, ingenuity, and access to opportunity – to help entrepreneurs help humanity. And through programs like One Hen, we want to inspire the next generation to become the social entrepreneurs of tomorrow – creating businesses that combine people, planet and profit as a measure of success.