Climate Change and Children: A Call for Action 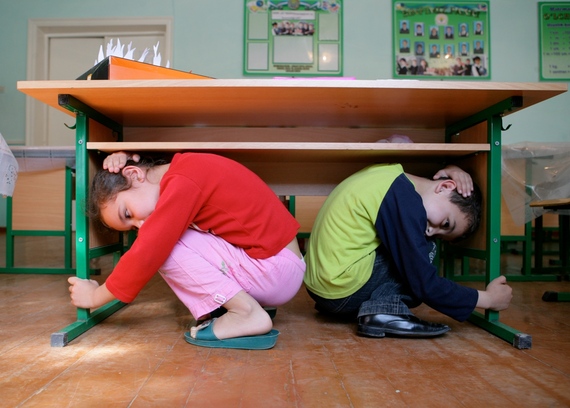 The UN recently issued their latest report on climate change, and the findings are grim, suggesting that “climate change risks destabilizing human society“. US Secretary of State John Kerry commented: “Unless we act dramatically and quickly, science tells us our climate and our way of life are literally in jeopardy. Denial of the science is malpractice.“

A changing climate leads to changes in the intensity and frequency of extreme weather and climate events, and can result in unprecedented extreme weather. Climate change and related disasters undermine poverty reduction efforts; for example, the Climate Vulnerability Monitor estimates the cost of not acting on climate change at 8.5 percent of GDP for developing countries, wiping out valuable investment in development gains.

Children are among the most likely to suffer from the impacts of these events. By the end of the decade, up to 175 million children are likely to be affected every year by the kinds of disasters brought about by climate change. This is an increase from an estimated 66.5 million children per year in the late 1990s. Children face heightened protection risks during disasters, including psychological distress, physical harm, trafficking, exploitation, child labour and gender-based violence.

And yet, many of the interventions that can reduce the vulnerability of children to climate change and disasters are some of the lowest cost options and are already well established, such as insecticide treated mosquito nets, and water, sanitation and hygiene training. A range of simple measures can help to reduce children’s vulnerability in the midst of a disaster, saving lives and reducing injuries, such as school safety drills, and access to basic health services in hazard prone areas.

Are we really still having these conversations? Surely it is time for all nations to commit to concerted action to combat climate change — our world depends on it.

The next year marks an important moment in international policy decisions, with several relevant frameworks being negotiated for adoption. In 2015, UN negotiations on climate change are anticipated to conclude with a new global framework. Parallel processes are taking place to negotiate a new framework to replace the Millennium Development Goals (MDGs), as well as a successor framework to the Hyogo Framework for Action (HFA), the international agreement to reduce disaster risk.

It is imperative that all nations step forward to ensure that these policy frameworks result in concerted action. Billions of development dollars are at risk of being undermined as climate change and disaster risk repeatedly wipe out the gains that have been made. The post-2015 frameworks must contain targets to reduce human and economic losses from disasters. These will only be achieved through concrete action to tackle the underlying vulnerability of populations, and by targeting those who are most vulnerable to disaster and shocks — including children.

The coalition calls for a re-imagined post-2015 framework that promotes people’s rights, and that puts all people, including children, at the heart of risk reduction and strengthens their ability to cope with shocks. Efforts to achieve the newly agreed sustainable development goals will be undermined unless disaster risk is a core concept. The framework must address the structural drivers of economic and social inequality and strive to achieve sustainable development for all.